Kriseman - Keeping the Team Together 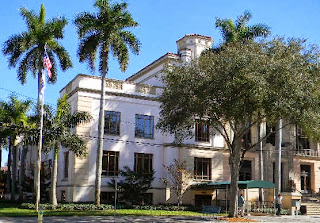 Mayor elect Kriseman recently announced that 3 of his long time aids will hold key positions in his new administration: Mayor Elect Kriseman Names Four to Serve in Office of The Mayor.


Political cronyism is nothing new in politics, but it is a different approach in the St. Petersburg strong mayor form of government. None of Kriseman's predecessors have been quite this blatant in selecting political allies to serve in key positions.


At least two of the mayor's "long time advisors" as they are often referred too, come with some significant baggage.


Mike Deeson, 10 News, filed a report on Kevin King St. Petersburg Mayor-elect Rick Kriseman under fire for the second time this week, Christopher O'Donnell's' article in the St. Pete Tribune, Kriseman's mayoral team grows to 7 and my Post A Not So Casual Conversation with Kevin King  give some background and some potential insight.


David Flintom was singled out in a St. Petersburg Tribune Editorial, Mayor-elect Kriseman should rethink action center hire, seems Mr. Flintom was violating some of the very rules his office is expected to enforce.  According to his Linked in Account his total customer service experience includes about 9 months at his current employer and less than a year at the position prior to that. Hardly in line with the Mayor elect's glowing recommendation.


With the possible exception of Ms. Jessica Eilerman, the Mayor's choices for his inner circle don't seem to be particularly qualified for their presumed roles.


So here are some questions:


1. Did anyone in the City organization do a background check on any of these people?


2. Have they completed an employment application and undergone the routine investigation and background check all the rest of the City's new employees experience?


3. Do they meet the City's hiring criteria?


It looks more like the Mayor-elect has decided to keep the political team in place and let the taxpayers of St. Petersburg feed and water them until the next election comes up.


I have no issue with the office of the Mayor, it just should be staffed with people whose experience goes beyond campaign organizing and asking for political contributions.


Get ready to vote "NO" on the Transportation Sales Tax Referendum.