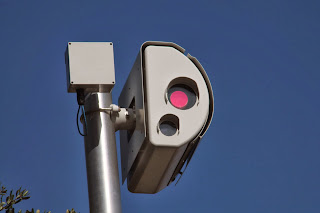 If you believe the campaign rhetoric, St. Pete red light cameras could be in trouble. Darden Rice and Amy Foster both strongly indicated they were opposed to the red light camera program and would vote against its continuation.


All of this could play out at the January 12th City Council meeting following a review of the camera controlled intersection data. You can pretty well bet Wengay Newton will make sure it is on the agenda.


Given the past reluctance on the part of the Parking and Transportation staff to be fully forthcoming with accurate information, some digging by City Council is fully in order.


Rice, however, may be waffling a bit based on a Chris O'Donnell article in St. Pete Tribune, Red Light Camera Tickets Drop in St. Pete where Rice indicated "she wants to see more data before deciding on a course of action."


With poling showing over 50% of ST. Pete residents against the red light camera program, the body of information questioning their real purpose and effectiveness growing daily, Darden openly, in numerous campaign appearances, indicated she would vote to shut the program down.


Rice would do well to remember her firm campaign pledges.


One of Darden Rice's biggest problems is going to be the move from campaigning politician and appointed public servant  to governance as an elected member of City Council. Hedging your bets and being politically coy on a lightning rod issue like red light cameras is not a good way to start off your first term on City Council.


e-mail Doc at: dr.webbsmail@gmail.com, or send me a Facebook (Gene Webb) Friend
request.