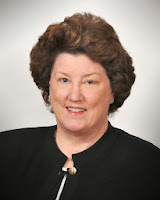 
(St. Petersburg) -- Today, Mayor-elect Rick Kriseman announced the appointment of Sally Everett to serve as the Director of Legislative, Education, and Intergovernmental Affairs for the City of St. Petersburg, filling the long-vacant Education and Government Services post. 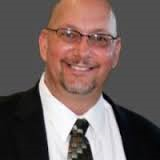 "It is vital that we have an experienced, in-house professional tracking state and federal legislation, identifying opportunities and challenges, and representing our City when other government bodies are meeting, " said Mayor-elect Rick Kriseman. "St. Petersburg will benefit greatly from Sally's breadth and depth of experience and longstanding relationships with area officials."


"I am excited to join Mayor-elect Kriseman's team,” said Ms. Everett. “I love St. Petersburg and am looking forward to working with the Mayor to optimize the city's effectiveness with elected and appointed officials and the many stakeholders who contribute to our city's vibrancy."


Most recently, Ms. Everett has been the Director of Community and Government Relations at Hillsborough Community College. She has extensive experience in governmental and public affairs, having spent four years as the Manager of Intergovernmental Relations for the Board of  County Commissioners in Pinellas County, as well as twelve years as a Public Affairs Manager for Progress Energy, where she was the company’s liaison to state legislators in the greater Tampa Bay area.


A 1995 graduate of Leadership St. Pete, Ms. Everett holds a degree in American Studies from Newton College, and a Master’s in Urban Affairs from Boston University.


"Robert's years of service and enthusiasm for St. Petersburg make him the ideal person to lead our marketing efforts at this time," said Mayor-elect Kriseman.


"As Interim Director, I look forward to leading the City's Marketing Department as it works to fulfill Mayor-elect Kriseman's vision for celebrating the great strides St. Petersburg continues to make as an outstanding place to live, work and play."


Mr. Danielson has served in St. Petersburg's Marketing Department for more than 27 years. He also served as a reporter for the Tampa Bay Times. He holds a degree in Journalism, Spanish and Latin American Studies.


e-mail Doc at: dr.webb@verizon.net, or send me a Facebook (Gene Webb)Friend request.
See More of Doc at Bay Post Internet and St.PetePatch.