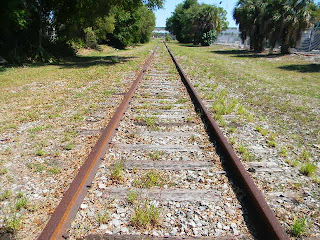 In its boldest form, I am not a light rail fan. These projects often turn into financial albatrosses hung around the neck of tax payers.


Almost none are profitable, very few break even so like all mass transit they require significant never ending subsidies from tax payers.


Light rail is big business, and it's not just the money required for the trains and the track, it is all of those often "interesting" real estate deals the proceed and follow the light rail route and all of the money that finds its way in to political campaigns and often in to elected officials pockets.


The term frequently applied to light rail projects is "boondoggle" and it is more often than not apropos.


Governor Scott scuttled the Tampa Orlando route which is now being resurrected with the promise of private investors. Rest assured the private investors will soon be investing in politicians so when they do come to the public trough for help they will be more than welcome.


You can also bet that when the private group goes bust there will be all kinds of pressure for the state and local governments, that's you the tax payer,  to step in and pick up the ball.


There are however some bright spots in the whole rail transportation issue here in Hillsborough and Pinellas County.


The Hillsborough Aviation Authority has included a light rail pad and access in its latest redevelopment plan and there is talk of adding a light rail component to the replacement of the Howard Franklin bridge. These are basic infrastructure decisions that will support future rail transit in the Bay area should it become viable transportation option.


Since Hillsborough County residents turned down a transportation tax referendum, the focus has shifted to Pinellas County and the 2014 ballot issue regarding  sales tax for transportation.


Those supporting the tax referendum and PSTA should put together a formal plan that prevents the light rail contingency from quickly moving for a bond issue dedicated to building a light rail route across the county before a total and complete transportation and impact study is completed.


It is possible and highly likely that an attempt to quickly hi jack the revenues from this referendum into a dedicated source of revenue to pay for a bond issue to build the cross county light rail route from St. Pete to Clearwater could occur.


We have a major transportation issue in Pinellas county, and any taxes dedicated to the resolution of that problem should be invested wisely in something that will actually work.