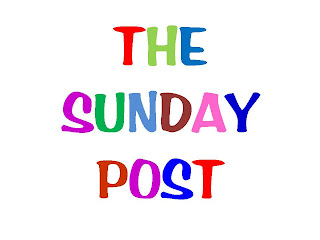 Still waiting for 6 candidates to respond to PATCH readers 5 questions. Responses so far are running over 1000 words. Detail that you will not hear in a debate or forum.


Bill Foster took a bit of a beating this week coming up short in two polls, St. Pete Polls and the closer Tampa Bay Tines/Bay News Nine  and falling behind Rick Kriseman in fundraising.  Kriseman raised over $50,000 over half of it from St. Pete donors while Foster raised under $30,000 for the same period.


Foster took a swipe at the polls and the local pollster in a paid campaign piece Foster Feed.


The fundraising report is very interesting since it may signal large donor shift away from Foster. Question is will that money sit on the side line or quietly shift to Kriseman. See my thoughts at Where Will The Big Money Players Go.


Jim Kennedy District 2 had a less than stellar showing at the debate hosted by Keep St. Pete Local. You can check out my Post Kennedy - Simply An Embarrassment. Lorraine Margeson, Kennedy's opponent was on point and on target with her responses to Mitch Perry's questions.


Amy Foster  Running for the District 8 Council seat had a very strong outing in the debate.


Latest partisan pitch goes to the Pinellas County Republican Party for Bill Foster: Rally for Foster. Notice they would like YOU to invest YOUR money, I didn't see anything about the Party ponying up any of theirs.


The Arts
Long my favorite local venue, Ruth Eckerd hall announced that they will be laying off 9 full time and 4 part time employees. Zev Buffman, CEO blames a lack of corporate donations, as well as state and federal funding for the non-profit performing arts' decision. Look for rising ticket prices and requests for more public funding.


Duke Energy
Apparently the folks over at Duke Energy need to do a little PR work. My Post Duke Energy - Some Helpful Opportunities produced some unexpected comments. Skip over the Post and read the Comments section and let us know if you agree with the commenters.


St. Pete Neighborhoods and CONA
Neighborhoods are a central issue in this election. Bill Foster has done everything he can to minimize neighborhood input, and CONA has not had strong leadership for a while.


If you miss Linda Heresy's writing and are concerned about the status of neighborhoods in St. Petersburg here are a couple of her Posts from SaintPetersblog you will find interesting: St. Pete's neighborhoods at center of mayor's race, and Historic Kenwood Neighborhood group drops out of  CONA.


Local On Line News
Where are you going now for your local on line news now that the Tampa Bay Times has moved to Pay to Read? Here are some Options:


Got another local news site? Tell us about it in the comments below.


Have a Great Sunday, and thanks for taking a look at The Sunday Post.