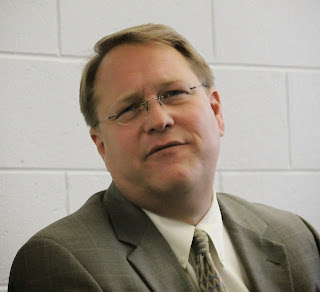 For the second time in recent conversations about the St. Petersburg Mayoral race someone referred to Bill Foster as a bully.

With his boyish face, sometimes goofy smile and seemingly pleasant demeanor, Bill Foster never really impressed me as a bully.

But the conversations got me to thinking and when you look at Fosters' actions in a group, I can see how that persona could emerge.

Take his blustery approach to the Rays and MLB. While it at first looks like the mayor is "protecting the taxpayers" as he likes to say, if baseball is really a boys game, Fosters' actions do resemble the bully on the play ground my ball-may rules. His basic approach, do what I want you to do or suffer the consequences.

Shutting down the Pier was really a bullying tactic to try and force the LENS down the public's throat. When it didn't work Foster, followed through on the threat, closed the Pier, shuttering businesses, and putting close to 400 people out of work.
When the Fire fighter's union didn't support him in the election, he cut their budget to "reduce overtime" while supporting his buddies over at the Police union with more budget money. Leaving fire apparatus off line for periods of time.
This election cycle the Fire Fighters responded to the bullying tactics and supported the mayor this election cycle. They still didn't get much budget relief.
Bully's seldom forget and rarely forgive.
When bully's can't affectively bully, they get frustrated. Look at Fosters reaction to the save The Pier Group and the Stop the LENS group. In the case of the latter, their confidence and resources were such that the Foster bullying tactics did not have much effect. Foster's reaction, not only close the Pier but tear it down.
Bill Foster was big kid on the playground when he was on City Council and he has carried that approach into the Mayor's office. It has not worked well. Bullying is no substitute for leadership.
It's time for a change.
Be sure to comment below or you can e-mail Doc at: dr.webb@verizon.net, or send me a Facebook Friend request.