Who Really Shut Down the Pier?

There is smiling Bill, Boyish Bill, Baseball Bill and vindictive Bill. The person totally and solely 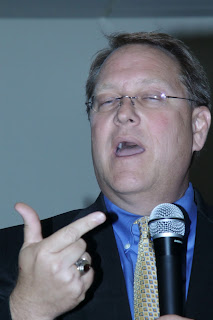 responsible for closing the Pier early is Bill Foster.

Council could have passed a Resolution to keep the Pier open, but why do that when the decision to close it clearly hangs around the Mayor's neck.

Oh, he will make the subsidy excuse, the budget excuse, the safety excuse but they are all just excuses. Bill does not like anyone, especially the public telling HIM what to do or disagreeing with him.

So to teach all you citizens a lesson in who is in charge, he drums up some good sounding excuses and shuts down one of the City's major attractions and puts 400 people out of work.

Believe me with a $200M budget, millions in reserves, and with the Wiki Wachee fund, Bill could have easily found the money to keep the pier open for another year or two.

Take the fire fighters for example, they made the poor choice of supporting Fosters' opponent in the last election, only to have their overtime slashed, staffing frozen, putting fire equipment off line and endangering you and your family so Bill could send a signal.

They got the message signing on and endorsing Bill early this time.

The cops on the other hand who schmoozed Bill into office had a pretty good year overtime and equipment wise.

Then there was the secret baseball plan designed to show MLB and Sternberg who was in charge, so far the biggest beneficiary, Bob Buckhorn Mayor of Tampa.

I could go on, the neighborhoods, the south side....

I was with the City almost 30 years, that's a lot of Mayors and in my opinion he is the absolute worst.

The Pier will be Fosters' real legacy. Two referendums to stop it, over 40,000 petitions signed and certified.

The entire Pier effort poorly managed, the decision to close the Pier in an attempt to force people into accepting something they don't want, saying one thing and doing another and now attempting to manipulate the ballot.

The fitting remembrance of the single Foster term: a photograph of smiling Bill holding a baseball, with a bulldozer sitting on a pile of Pier rubble in the background, framed with metal from a Pier window. Caption "I did my best"

We are losing a lot with the closing of the Pier, above are a couple of photos from my many visits to the Pier.

The new Pier should allow people to have these same moments.