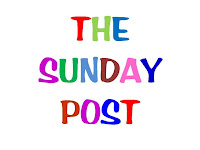 The LENS
In my time living here the only thing I can think of that has been more divisive in this community than the LENS was the court ordered bussing back in the late 1960s. The Dome had its share of detractors but nothing like the LENS.
If you follow the newspapers, social media and electronic media you would think this is one of the most important issues to ever face St. Petersburg.
It is important, and you should vote.
The LENS project has crossed over that line that separates a good municipal project that just needs a few tweaks, to a frantic effort to redesign everything from the pilings to the canopy to try and justify the project.
We call that putting lipstick on a pig.
Your vote YES to Stop the LENS or NO to build it will not only decide the fate of the water front, it will also send a message to the people on City Council and the Mayor about how St. Petersburg wants to be governed.
Too few people have long had way to much influence on what goes on in St. Petersburg, and how your tax dollars are invested.
It's time for 54 square miles of City to stop being run by 5 or 6 square blocks of downtown.
The smart vote here is YES to Stop The LENS and send a message to City Hall
The Mayor's Race
Foster
I was in the Foster Administration for about 2 years as the Manager of Information Systems at the Police Department. When I say Bill Foster is a lackluster leader who is difficult to trust,  I say it from and inside view. If Foster is reelected, four years from now St. Pete will have grown a little and some things will have improved in spite of him not because of him.
Unless Bud Selig pulls the plug the Rays will still be here
South St. Pete will still be a mess, neighborhoods as part of the process will be virtually eliminated, crime stats may be down, but you will feel less safe and Bill will still be smiling.
Kriseman
I could have supported Rick Kriseman whole heartedly for Mayor if had done just one thing. Sent the Tallahassee and Democratic party money back. Maybe not even all of it but enough to send the message he can't be bought.
There would have likely been enough local money come in to replace what he lost.
To me, after spending time in Tallahassee, I think that was a major campaign mistake.
Second problem, get on or get off the red light camera issue. Kriseman was decisive on the LENS, wishy washy on red light cameras. I don't know if that's some of the Tallahassee money talking, but a hard line on red light cameras would have gone a long way on nailing down a spot in the primary.
Kriseman could be a good Mayor but he is coming carrying a lot of political baggage.
Ford
I have known Kathleen Ford for years. The only reason why she is such a target for the negative ad campaigns from people like Council for Stronger Neighborhoods, same address as the Florida Association of Realtors,  is because she actually takes positions and does things. She faces what every successful woman faces in any competitive business or political environment, the constant criticism of those who would like to retain the status quo.
With so many successful women realtors, I find it hard to understand this attack and why they continue it.
Ford would make a good mayor. Neighborhoods would flourish, the people would have a say in their government, the public's money would be well managed.
Public safety and Codes enforcement would be improved.
There would be problems for people looking for favors  from City Hall and those wanting to get their fingers into the public pie, but there would also be fairness.
Being on City staff would be tough because a lot of what goes on now would likely not be tolerated and people would be expected to be honest and perform.
Ford would focus on St. Pete not just a few square blocks of downtown and definitely not on Tallahassee.
If you have not yet voted, be sure to vote this is a critical election.
It's your vote and you should cast it  as you see the issues and the candidates.
As you contemplate voting, think about how you want your City to look, be perceived and run. Those are the key issues.
Campaign Disclosures: Contributor to Kathleen Ford Campaign, Darden Rice Campaign, Concern Citizens of St. Petersburg
Have your say.  VOTE YES TO Stop The Lens.