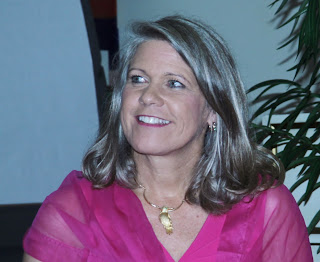 In 2003 and 2004, Parsons Brinkerhoff performed an engineering analysis of our Pier. This examination (which included underwater analysis of spans) revealed the City’s need to renovate The Pier. Thus, on February 15, 2005, the City Council approved Ordinance 715-G, which extended the expiration date for the Intown Redevelopment District to 2035 and added Pier/Pier Approach Improvements to this District’s Plan. Specifically, the Plan identified the following repairs and renovations of The Pier as the project:
Demolition/Replacement of Pier Approach ($22.2 M);
Demolition/Replacement of Pier Head Structure ($12 M);
Demolition/Replacement of Pier Head Retail ($6.1 M); Restoration of
Inverted Pyramid Structure ($4.3M) and Design/Permitting Construction
Administration of $5.4 M, for a total of $50 million. This is where
the $50 million Pier Project number originated.

The Pier Task Force subsequently suggested widening The Pier approach (bridge portion) from 100 ft to 150 ft. This widening would never have been approved by SWFMD or the Army Corp, however, because both agencies limit construction of new piers to almost the exact footprint so as to protect our Tampa Bay Aquatic Preserve. The City’s estimate of $74 million for renovating the inverted pyramid structure was derived from this never-to-be-allowed-widening of The Pier approach. The City received a letter from architect Kenneth Kroger, showing how the construction costs for replacing the pier approach and renovating the inverted pyramid could be managed within the original $50 million budget by reducing the width of the pier approach.

Moreover, the City’s current annual subsidy would be greatly reduced and/or eliminated altogether if a new Pier structure was built, the HVAC systems were replaced, and the facility was more efficiently managed. Not too long ago, City staff advised City Council that the City made money from the Pier leases when the costs associated with maintaining the Pier approach were removed. In other words, the City actually made a profit from the inverted pyramid shops and first floor retail. Again, if a new bridge were built those significant subsidies would disappear.

To date, no engineer has opined that the inverted pyramid or the foundation supporting it is structurally unsound. And, there is expert testimony (architect Ken Kroger) suggesting that the cost to build this same inverted pyramid structure brand new today would be more than $35 million. Thus, the iconic inverted pyramid building is a significant City real estate asset. Furthermore, independent engineers (not dependent upon the mayor for a salary) have estimated that the Pier approach can be demolished and replaced and the inverted pyramid building renovated within the original budget of $50 million. Facts are important and should be the basis of all City fiscal decision making. Creative and artistic expression is an important element of our city life, but practicality and fiscal responsibility come first. Here, the citizens of St. Petersburg have a significant investment in their Pier and they should have the final say, vis-à-vis a vote, on
whether their Pier should be demolished or renovated.

Finally, almost a year ago, I proposed ballot language to the Citysuggesting that the City seek direction from citizens on whether to:
*save the inverted pyramid or
*build the looping figure 8 sidewalk over the water (the Lens) or
*seek a design compatible with the Waterfront Master Plan to be
developed that included the criteria established by the Pier Task
Force of a 36,000 sq ft building with 26,000 sq. ft of restaurant or
*demolish the bridge and pier head and restore the entire area to a
waterfront park.

Of course, I thought it would be fiscally prudent to obtain voter approval prior to spending millions of dollars on a project that might not be built. So now we find ourselves facing the August 27 vote where we will see whether Bill Foster and City Council wasted $3.8 million
on Maltzan’s Lens.

Have your say. VOTE YES TO Stop The Lens.