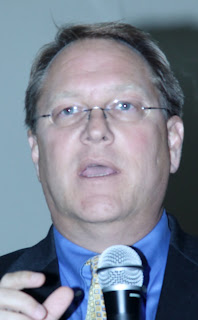 initiative shows just how callous the Mayor really is.

Stop the LENS and its leadership, in good faith, agreed to hold the petitions and have the Stop The LENS vote on the August referendum. Primarily to save the City the $250,000 cost of a special election.

An attempt by Foster and his staff to add questions, lengthen the ballot and generally muddy the waters by starting a rivalry about what the new Pier proposal should be.

The proposed ballot, which puts the LENs issue last after a question about recycling, shows just how far the administration is already willing to go to make this thing difficult for the public. Put their straw poll questions up front, put the public's issue last.

The Foster administration will stay within their legal rights as they attempt to manipulate the ballot, and we can only hope that City Council will not go along with this charade.

That is likely hope wasted.

The view of the peoples' opinion and their desires by Mayor Foster, Danner, Dudley, Kennedy, Kornell and Curran seem to grow uglier each day.

The Mayor's questions include: should we continue having a pier, allow a private company to build and operate a pier or build a simple wooden pier for fishing.

Not one of those suggestions is in the Pier Task Force recommendations.

These questions show either just how much the Mayor really is out of touch with the public and his own Task force, which he has touted up to now, or reveal the true vindictive nature of a mayor who is about to lose an election.

There is not much the Stop The LENS committee can do at this point, except make a note that Bill Foster cannot be trusted.

The questions proposed by the Mayor are an attempt to confuse the voter not gather information.

Let's get the LENS issue decided, up or down then if it gets voted down the administration can gather some information on the November ballot.