Can Stop the LENS Win and Loose In the Same Breath? 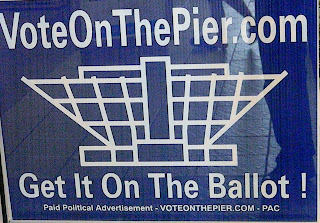 Now that judge Day has ruled in the City's favor attention turns to the Stop The LENS effort.

You can read the Stop the Lens Referendum Petition by Clicking here. Ordinance proposed by the Stop The Lens committee.
You can review the St. Pete City Charter by clicking here, City Charter Referendums are discussed in Article 7 (VII).
City Council has 90 days (Article VII, Section 7.08 Action on Petitions) to act on the Stop the LENS Petition.
A lot can happen in 90 days.
If the Stop The LENS Petition is found sufficient and  City Council brings this Ordinance forward and approves it,  is there no need for a formal vote by the Public or is there? It would seem that approving the Ordinance as Proposed by the Stop the LENS Petition would remove the requirement for a public vote.
The Agreement with the Maltzan group is by a Resolution (RESOLUTION 2012-233 ADOPTED BY THE CITY COUNCIL ON MAY 17, 2012)  so another question is: does Article VII, Section 7.07 referendum petitions; suspension of effect of ordinance, apply? Can the City argue that the suspension Section does not affect the Resolution since Resolutions are not specifically mentioned in the City Charter?
Could the City then continue, moving forward appropriating funds during the 90 day period?
What if City Council adopts the Ordinance as presented in the Petition, the Mayor does not veto it and the Ordinance stopping the LENS project goes into effect.
Has the City Council now met the requirements of the Stop the LENS Petition? Council action has been taken to terminate the Agreement with the Maltzan group to build the LENS.
Would there still be a referendum?
The Project Manager has 5 days to notify the Maltzan Group of the City's intention.
What if, in that 5 day period, City Council at a regular meeting simply votes to continue the LENS project via a new Resolution? Not to reverse their position on the Stop the LENS Ordinance, but merely to continue the LENS  project.
Have the legal terms and requirements of the Stop The LENS Petition been met? Is the Petition now mute?
Can City Council actually do that?
All of this may sound a bit farfetched, but if you have been following the trail of this project and the extraordinary efforts made to keep it afloat, the maneuvering by the administration and the City Council to keep the decision out of the hands of the public; and by chance have set in on any of the legal proceedings regarding the Save the Pier petition, you should be fully aware that there is little beyond the realm of the imagination in these proceedings.
City Council and the Administration willingly pushed aside the desires of the original 20,000 plus petition signers on a technicality to keep their pet icon afloat, there is little reason to think that that same attitude is not still prevalent.
There will be some reason to celebrate when the Stop the Lens Petitions are certified, but the real work will start when City Legal advises Council of their options.
e-mail Doc at: dr.webb@verizon.net, or send me a Facebook Friend request.