Denying Business to a Potential Candidate - A Slippery Slope 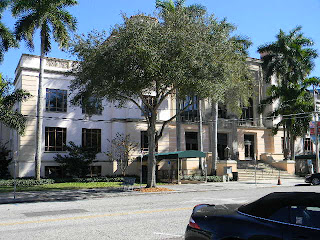 The decision by a City staff member discontinuing case assignments to Dr. David McKalip while he is a candidate is troubling to say the least.

I am sure Council and staff are tired of being lectured by Dr. McKalip regarding their actions and procedures. The good doctor can be a bit over the top at times to say the least. But if you listen carefully there is usually a shred of logic in his statements.
It is a bit hard to believe that a medical doctor sworn to his oath would mix his politics with his practice, but only Dr. McKalip knows the answer to that question.
This really not about Dr. McKalip. It's about democracy. If the City starts the process of denying those who seek office access to City business, that will have a chilling effect on who may step up to run for office.
If you happen to be a business person in St. Pete who does some business with the City and would like to serve your community, you may think twice before you throw your hat into an election.
Most people don't have any idea how much effort and time goes into being a City Council member in St. Pete, but it's considerable. If a person is willing to make that sacrifice, it seems to be a bit unreasonable to penalize them personally or professionally for stepping up to be involved.
Once elected there are legitimate ways to deal with conflicts of interest.
Ever wonder why there are so many lawyers on City Council? One of the main reasons is its really good for business.
At first, this may seem a sensible thing to do given Dr. McKalip's positions, but it is the ultimate slippery slope. Where do you draw the line? Who makes the decision? Staff? City Council? The Mayor? Just think about this for a second.
The bigger issue is does this practice set a precedent whereby potential candidates may be eliminated based on their business relationship with the City?
That policy could well deny the City the leadership so currently lacking.
It's hard to tell if this is simply a way to muffle a critic, which is not likely to work, or just bad judgment on the part of City staff.
Rather than take a staff members questionable decision and legitimize it, Council might be much wiser to set a policy that says City staff will not make any business decisions based on providers politics or opinions.
If the City has a professional beef with Dr. McKalip they should take the necessary action through proper procedures, but to use politics as the method to deny access to his services  is just plain wrong.
It might also be a good idea to remind Council that the Administration deals with City staff and Council does not.
Have your say.  Be sure to get a petition for the Pier Referendum and complete it properly. Information and schedule of events at Stop The Lens.