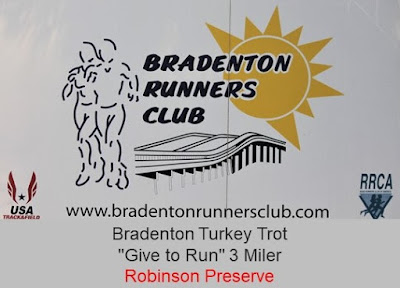 Tampa Bay, Fl
Photo Essay by: E. Eugene Webb PhD
Author: In Search of Robin, So You Want to Blog.
The Bradenton Runners Club held their 22nd annual Fun Run Turkey Trot at the Robinson Preserve Thanksgiving Morning. The event kicked off at 8:30 AM as several hundred runners lined up for the start.
The 22nd Annual Bradenton Runners Club Turkey Trot was held in Bradenton again this year on Thanksgiving morning, Thursday, November 28, 2019.  A unique and widely attended family-oriented community event, this race has never charged a registration fee, instead we ask all participants to recognize the efforts of selected local charities and help offset event costs through making donations via our registration page or race day (cash or canned goods).
Here is a link to my photo essay of the event Bradenton Runners Club 2019 Turkey Trot.
Before you click this link and hit download note there are 788 images.
All the images are unedited and are not protected. Please feel free to copy and share any individual photo, photos or the link with friends and relatives.
For more information on the Bradenton Runners Club Click here: Bradenton Runners Club.
E-mail Doc at mail to: dr.gwebb@yahoo.com or send me a Facebook (E. Eugene Webb) Friend request. Like or share on Facebook and follow me on TWITTER  @DOC ON THE BAY.
See Doc's Photo Gallery at Bay Post Photos.
Disclosures: 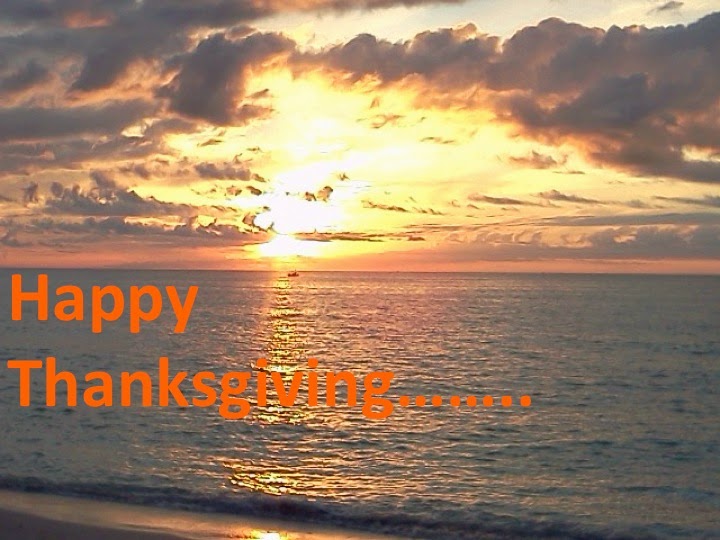 Tampa Bay, Fl
Opinion by:
E. Eugene Webb PhD Author: In Search of Robin, So You Want to Blog.

Where I was born snow symbolized Thanksgiving.

Northern Indiana is beautiful this time of year.

Often we awoke on Thanksgiving Day to a fresh snowfall. Everything was covered with a clean white blanket and for a little while everything seemed so perfect.

I have been in Florida for over 50 years now and I have become very fond of Thanksgiving Day Florida sunsets. A nice walk on the beach, some coolness in the air a fitting end to Thanksgiving Day.

This will be our first true Thanksgiving in our new home in Manatee County. I would be less than honest if i didn't say it has been a struggle.

If your paying attention to the news; it may seem a bit difficult to feel thankful this year.

You just have to look harder for the good because these acts, don’t sell newspapers, make ratings for TV news shows and cable networks or produce clicks on social media sites.

Every day a lot of people do a lot of good and they really don’t ask much in return. First responders, honest public servants, doctors, nurses, teachers, preachers, truck drivers, trades people, your mom, your dad and the next door neighbor.

There is also a lot to be thankful for in a sunrise. A new day, new set of opportunities and a new great grandchild. We are very blessed.

Theresa and I hope you have safe and very special Thanksgiving. 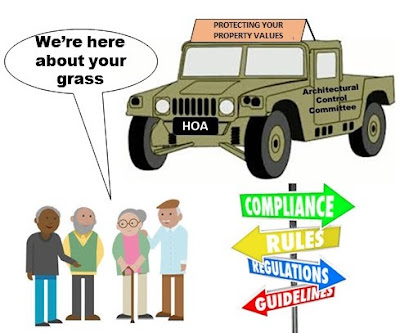 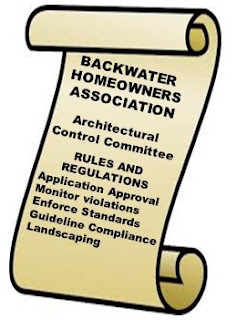 The architectural review committee is responsible for:
These committees operate under the guise of “protecting property values," “maintaining aesthetic consistency," “external conformity," but frequently it is all about power and imposing personal will than it is about property value or esthetic consistency.
Fighting with the Architectural Control Committee any of its iterations or the Association Board of Directors is usually a losing battle.
The courts have made it clear that HOA covenants are valid and enforceable provided there are clear policy guidelines establishing the overall standards and they are applied uniformly. Florida Statute 720 loads the game in the favor of the developers, lawyers and the feudal kingdoms they create.
Most year's minor tweaks in the Statute 720 are made by the legislature, but these changes are carefully watched over by the developers, lawyers and those that make significant money from litigation related to Statute 720 impositions.
It just seems unconscionable to me that the State would allow a situation where one of the conditions of purchasing real property could be the enforcement of an agreement that directly takes away rights guaranteed by our constitution.
It is way past time for the Florida Legislature to take a serious look at the requirements imposed by developers on their customers and make some changes that protect the buyer.
E-mail Doc at mail to: dr.gwebb@yahoo.com or send me a Facebook (E. Eugene Webb) Friend request. Like or share on Facebook and follow me on TWITTER  @DOC ON THE BAY.
See Doc's Photo Gallery at Bay Post Photos.
Disclosures: 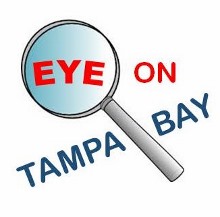 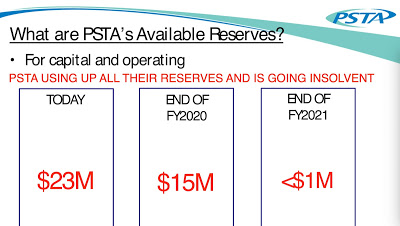 Instead of addressing their declining financial position, PSTA is pursuing a proposed $45 million Central Avenue Bus Rapid Transit (CA BRT) service. PSTA submitted a grant to the Federal Transit Administration (FTA) requesting tens of millions of taxpayer dollars from the FTA and from the Florida Department of Transportation (FDOT) for the CA BRT.

PSTA's financial health is deteriorating. The FTA or FDOT should not be handing transit grant dollars for a costly and unneeded new service to a dishonest transit agency going bankrupt.

PSTA continues to run deficits and are depleting their Reserves to keep operating. PSTA will accelerate their insolvency if they use millions of their Reserve dollars to fund the CA BRT. And PSTA's funding portion of the CA BRT keeps increasing.

PSTA's proposed CA BRT is an unneeded transit service that uses road diets to remove valuable lanes of vehicle traffic for a bus only lane. The CA BRT is opposed by 2 of the 3 municipalities along its route - St. Pete Beach and S. Pasadena.

PSTA is barreling towards bankruptcy. PSTA and their proposed CA BRT project are a fiscal mess and the FTA must reject PSTA's grant request.

PSTA's FY2020 Budget
reflects that over the last 10 years, annual Farebox Revenues decreased by over $1.5 million while Operating Expenses increased by $20 million.
As ridership keeps declining, PSTA has not taken due diligent actions to address their unsustainable fiscal issues. 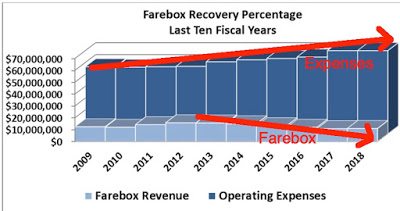 Even with PSTA's property tax revenues expected to be almost 8% higher in FY2020, PSTA will run a deficit of over $1.7 million. PSTA's FY2020 budget states:
PSTA will be using reserves for operations to maintain service to Pinellas County. The PSTA Board is supportive of seeking new revenue sources to bridge operating deficits while long term solutions are developed and workshops to achieve this are on-going.
As PSTA admits they are going broke and seeking new revenue sources, we can also assume behind the scene discussions being held with deep pocketed special interests to fund another transit tax hike campaign.

PSTA's operating expenses have increased almost 16.5% since 2018. PSTA has 23 more employees than they had in 2009 when their ridership was higher.

PSTA financial information is found in numerous places from their Budget documents to their Comprehensive Annual Financial Report (CAFR) to their Transportation Development Plan to presentations made to the PSTA Board.

As the chart above represents, PSTA is using their Reserves for operating expenses to cover their annual deficits instead of addressing their unsustainable declining financial position. PSTA currently plans to use about $8 million of their capital reserves for their proposed $45 million (CA BRT) service, an increase of $3 million since PSTA initially submitted their grant request.

PSTA must provide information regarding their financial position in their grant application submitted to the FTA for their proposed $45 million Central Avenue Bus Rapid Transit (CA BRT) service.

Coincidentally, PSTA added this new section in their 2019 FTA grand request update - that they had never included before - admitting they are seeking a new funding source.
New Revenue Sources Based on community and elected official support of public transportation in Pinellas County, combined with overall needs for improved transportation, the Pinellas County Commission held a workshop in July 2019 to explore new funding sources for transportation. Proposed sources included an increase in local option gas tax and local option sales tax.
PSTA presented needs for continued county-wide service operations and state of good repair as detailed in the agency’s 2018 Transit Asset Management Plan in addition to service expansions beyond the Central Avenue BRT. The Board of County Commissioners in cooperation with Forward Pinellas (Metropolitan Planning Organization) will continue to explore options for increased funding for transportation across the county including roadway, bicycle and pedestrian safety and public transportation improvements through the Spring and Summer of 2020.
A 5-cent local option gas tax increase would require only the vote of the Pinellas County Commission and generate approximately $17M annually.
A local option sales tax would require a referendum and could be scheduled as early as November 2020. A ½-cent sales tax would generate approximately $95M annually (2019$).
PSTA never informed the public this project requires a new funding source. PSTA continues to be dishonest with the public and the FTA about the CA BRT project.

PSTA misleadingly claims $45 million of new revenue that does not exist ($15 million a year in FY2021, 2022 and 2023). PSTA then claims a false surplus they transfer to their Capital Reserves to misleadingly show a positive balance. This is nonsense. 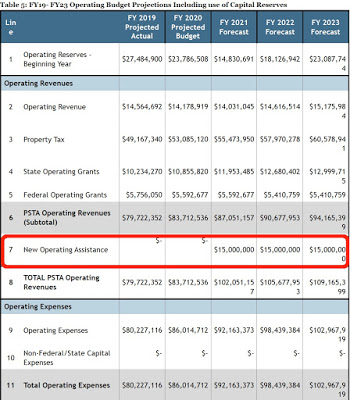 PSTA made up a new funding source and slotted it in as if it were real - in their federal grant request. This is misleading and dishonest. The FTA cannot accept or condone such dishonesty that is a pattern of behavior with PSTA.

PSTA was already caught misleading the FTA when they falsely claimed the city of St. Pete Beach was a funding partner and supporter of the CA BRT.

It appears PSTA is again providing misleading information to the FTA trying to make the appearance their financial position is much better than the fiscal mess it actually is.

And PSTA has a history of dishonest behavior. PSTA was also caught misusing federal transit security funds for their Greenlight Pinellas rail tax marketing campaign in 2014 and forced to return over $350K to the Feds over that brouhaha.

PSTA's financial information is a mish mash of inconsistency and what appears to be an incomprehensible trail of financial numbers.

Time for some adult supervision of PSTA.

The State needs to send in an auditor general to scrutinize a decade of PSTA's operational practices, managerial oversight, its deteriorating financial health and whether the governing Board is providing proper financial oversight.

The financial information in PSTA's latest Transit Development Plan
(TDP) from August 2019 does not include any new funding source.

The FTA must reject PSTA's CA BRT grant….and the sooner the better for us all.

As PSTA seeks a short term bailout from the Feds, they are also using the CA BRT project to pursue another tax hike referendum - probably in 2020.