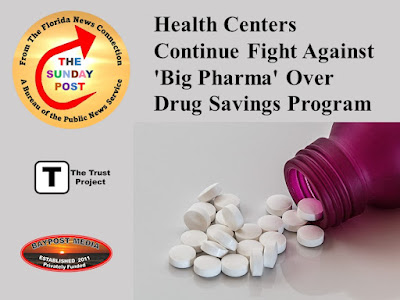 A case that pits Big Pharma against Community Health Centers that serve low-income and uninsured patients advanced this week with opening arguments on Tuesday.

At issue is a government drug discount program known as 340B, which requires drug makers to sell certain medications at lower prices to health centers and hospitals. Three drugmakers - Astra Zeneca, Sanofi and Novo Nordisk - are suing the feds for the right to restrict rebates to drugs dispensed at health centers, rather than pharmacies closer to patients' homes.

"So, as health centers have been losing money, and that translates into losing services for patients, pharmaceutical manufacturers have actually made money over the last few years," she said, "while safety-net providers like health centers are passing out their COVID-19 vaccine to the most underserved communities."

The three drug companies did not immediately reply to requests for comment, and theirs is one of three similar lawsuits. Other manufacturers have unilaterally limited the list of drugs they will discount. The trade group Pharmaceutical Research and Manufacturers of America has argued that the 340B program provides tens of billions of dollars in drug discounts, but doesn't require health centers or hospitals to prove the money goes to patient care. Health centers counter that sharing the financial data would allow drug makers and health-insurance companies to force them into unfavorable contracts.

Health centers have reported using the 340-B savings to pay for services such as dental care, behavioral health, transportation and housing supports, food pantries and co-pay assistance programs.

"What several drug manufacturers have done is they've limited or completely blocked our ability to use 340B drug pricing at our community partner pharmacies," he said. "What this does is makes it harder for our patients to receive meds."

Recently the federal government rejected an administrative complaint filed by Community Health Centers, so advocates for the centers are asking Congress to step in. 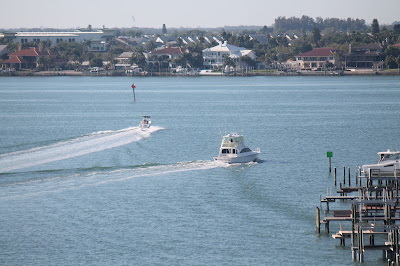 November 20
Pray: Lord hear Your words: 2 Corinthians 7:1Therefore, if anyone is in Christ, he is a new creation; Whole things have passed away; Behold, all things have become new. 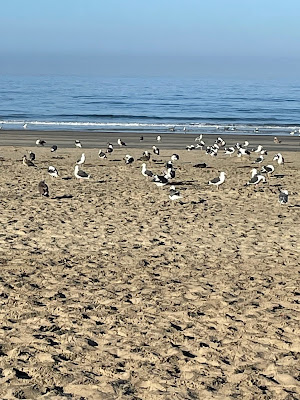 We all want to pray but sometimes we find it difficult to begin our prayer. Many Pastors and Ministers suggest you begin your prayer by praying back God’s words from Scripture.

November 19
Pray: Lord hear Your words: First John 2:15 Do not love the world or the things in the world if anyone loves the world, the love of the father is not in him. 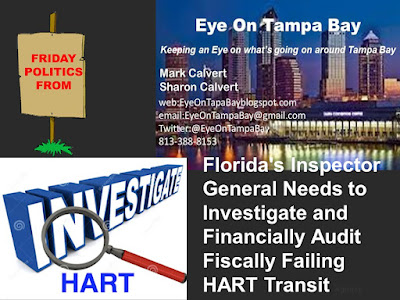 HART transit agency is a big mess and is going insolvent. The State needs to step in to investigate HART's financial mismanagement and do an independent audit of HART.

HART has been fiscally mismanaged for years by a governing HART Board who refused to address HART's fiscal failures.

As we reported here, HART was driven into the ground by the same people who supported the All for Transportation (AFT) $23 Billion transit tax.

The supporters of the massive 30 year AFT tax hike wanted taxpayers, especially those in unincorporated Hillsborough, to bail out HART. That is why AFT mandated HART receive the largest share of the transit tax proceeds ($10-11 Billion) when HART has a dismal ridership of less than 2%.

The feckless HART Board approved all those big raises - during a pandemic when ridership tanked. Those raises are now baked into HART's exploding operating costs.

HART and its irresponsible Board used bad judgment. They thought voters would pass the 2022 AFT transit tax and hand HART Billions of new tax dollars.

HART and its Board knew if HART got their hands on billions of new AFT tax dollars, they could cover up HART's financial incompetence and malfeasance. Then no one would ever be held accountable for HART's financial failure.

HART's been thru numerous CEO's over the last 10-12 years. They ran off a previous CFO who tried to right HART's sinking ship. In other words HART does not properly hire their CEO and they run off the employees who wanted to fix HART's finances.