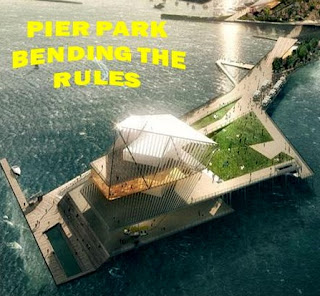 Here is the Pier Demolition Ordinance Preamble the Kriseman administration is asking City Council to approve.

A RESOLUTION WAIVING CITY ST.  PETERSBURG CODE SECTION 2-244(e) ACCEPTING THE BID AND APPROVING THE  AWARD OF A CONTRACT TO SONNY
GLASBRENNER INC. FOR THE ST. PETERSBURG MUNICIPAL PIER DEMOLITION PROJECT
(ORACLE NO. 11988) IN AN AMOUNT NOT TO EXCEED $3,158,281.47 WHICH INCLUDES
A 4.9% INCREASE TO THE ORIGINAL BID; AUTHORIZING THE MAYOR OR THE MAYOR'S DESIGNEE TO EXECUTE ALL DOCUMENTS NECESSARY TO EFFECTUATE THIS TRANSACTION;  AND PROVIDING AN EFFECTIVE DATE.

The vendor, Sonny Glasbrenner, Inc originally submitted the bid in 2012 and was awarded the contract. Glasbrenner wants a 4.9% increase in the cost to "account for escalation in the price of labor, equipment and materials from the September 6, 2012 bid date to June of 2015."

St. Petersburg City Code Section 2-244 Competitive Sealed Bidding
Bid acceptance and bid evaluation. Bids shall be unconditionally accepted without alteration or correction, except as authorized in this section. Bids shall be evaluated based on the requirements and evaluation criteria set forth in the invitation for bids. Requirements and evaluation criteria may include criteria to determine acceptability, such as inspection, testing, quality, workmanship, delivery, and suitability for a particular purpose.

The Glasbrenner request does not seem unreasonable on the surface, but the Procurement Regulations do not allow for such an increase. Either Glasbrenner agrees to do the job for the original amount bid, about $3,000,352 or the demolition should be rebid.

But the money isn't the point and that's the issue.

The Kriseman team is so desperate to get the pyramid torn down and this project underway  to stop a Referendum that they are starting to hedge the rules day one.

Anyone who has worked any time at all in government and has half a brain will tell you that manipulating the procurement rules is the sure path to disaster. If this is the example of how Kriseman will run this project then the Skanska price guarantee is not worth the paper it is written on.

First time something goes wrong and Skanska looks like they will be on the hook Skanska, Kriseman and the whole Pier team will up to Council balling for a change and pointing at the Glasbrenner deal as an excuse.

Council needs to nip this one in the bud and send the Mayor and the dream team back to the table and get a commitment from Glasbrenner to do the job for the amount bid with no allowed change orders or put the demo work out for a rebid.

The stampede to the new Pier 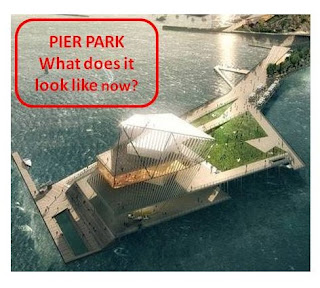 As expected, it looks like the Kriseman Administration is about to attempt yet another Hail Mary in the continuing saga of the new St. Pete Pier.

None of these items has been seen by the public, there has been no formal presentation for public information or comment, the City's New Pier Web site has not been updated since May and my guess is Council will get final details as late as Kriseman and Connors think they can get away with.

What does the "in budget" Pier Park really look like?
Where are the renderings so the public and the Committee that so aptly recommended this design could compare reality with the BS they were sold?
Will the County issue the needed permits?
Will the State issue the needed permits? Not Just Connors saying so has the state seen the new design?
What about the bond issue? How much? When? Who?

If it's so the Mayor can have Pier Park as a second term campaign bragging point, believe it when I say by the time Kriseman thinks about running for a second term the Pier will be the last thing he wants to talk about.

No, the rush is all about getting ahead of a potential referendum. Hold the defrocked Pier Park design details as long as possible, get the Pier demo started before the referendum so the outcome cannot affect the Pier which will lower turnout and improve the chance the referendum may fail.

Back City Council into a corner with a bunch of hyped up claims that if they don't move now, some great calamity may happen, like a referendum.

Somebody in the Kriseman administration needs to explain why they don't want the people to have a voice. And don't give me, or the public, the BS that they already had their chance. Not on this version of the design.

City Council must also consider they are being hustled into spending almost $50 million for something a majority of the people don't want.

There is no rush. Let's put the final design on the table and let everyone have some time to look it over and comment. Who knows? Maybe of couple of tweaks and everyone's view might change.

For now Mike Connors is going to back a truck up the Council dais and dump a load of crap backed up by his folksy rhetoric and thinly veiled threats if action is not taken now.

There is little honor and no shame in the Kriseman administration. They manipulated the Pier process and the Selection Committee and now they will try to manipulate the City Council.

Council should table this whole package, hold a couple of public comment sessions and give the public some time to weigh in.

E-mail Doc at: mailto:dr.gwebb@yahoo.com or send me a Facebook (Gene Webb) Friend request. Please comment below, and be sure to share on Facebook and Twitter. See Doc's Photo Gallery at Bay Post Photos
Disclosures:
Contributor: Waterfront Charter Amendment (Vote on The Pier), Carly Fiorina for President
Posted by Gene Webb at 5:00 AM No comments: 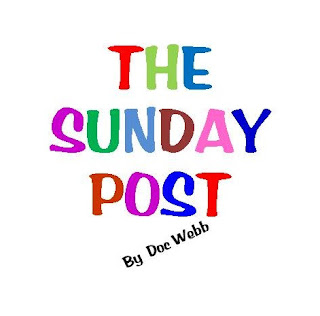 I like many others, have been following the reaction to the Supreme Court ruling on same sex marriage and I have for the most part been disappointed by the reaction of the Christian moderate to conservative Church including to some degree my own pastor.

For a thoughtful view see this op-ed from CNBC by Miles Christian Daniels Gay marriage: A sad day for America?

I saw this whole issue as more a civil rights issue than a spiritual or even moral issue.

Why do we even have marriage sanctioned by the State or issue marriage licenses?

Two heterosexual people can marry and never darken the door of a church, never have clerical intervention of any type and enjoy all of the privileges of the marriage contract.

All the Court did was extend those same rights to people of the same gender.

Overlooked by many in the Christian right was this in the majority opinion with respect to religious opposition to same-sex marriage:
Finally, it must be emphasized that religions, and those who adhere to religious doctrines, may continue to advocate with utmost, sincere conviction that, by divine precepts, same-sex marriage should not be condoned. The First Amendment ensures that religious organizations and persons are given proper protection as they seek to teach the principles that are so fulfilling and so central to their lives and faiths, and to their own deep aspirations to continue the family structure they have long revered.

Mark Galli in Christianity Today, Six Things To Do after the Supreme Court Decision on Gay Marriage has some clarifying thoughts.

The court does assure that those choosing this life style are afforded the full protection of the law.

A number of years ago I am in a hospital room sanding at the bedside and holding the hand of a man who is dying. He has just hours to live.

Out side in the hallway his life partner sits on bench with my wife crying uncontrollably. He is not allowed in the room because his partner's parents, who never really accepted their son's homosexuality, have assumed control and barred his partner from their son's presence. There is no recourse legal or otherwise. Had they been married this would not be the case.

There is no fear in the man's eyes-only loneliness and longing. I squeeze his hand gently; too weak to speak he squeezes my hand and looks toward the door then back to me. All I can do is turn away and cry.

Until you have had this or a similar experience, you may never fully understand the significance of the Court's decision.